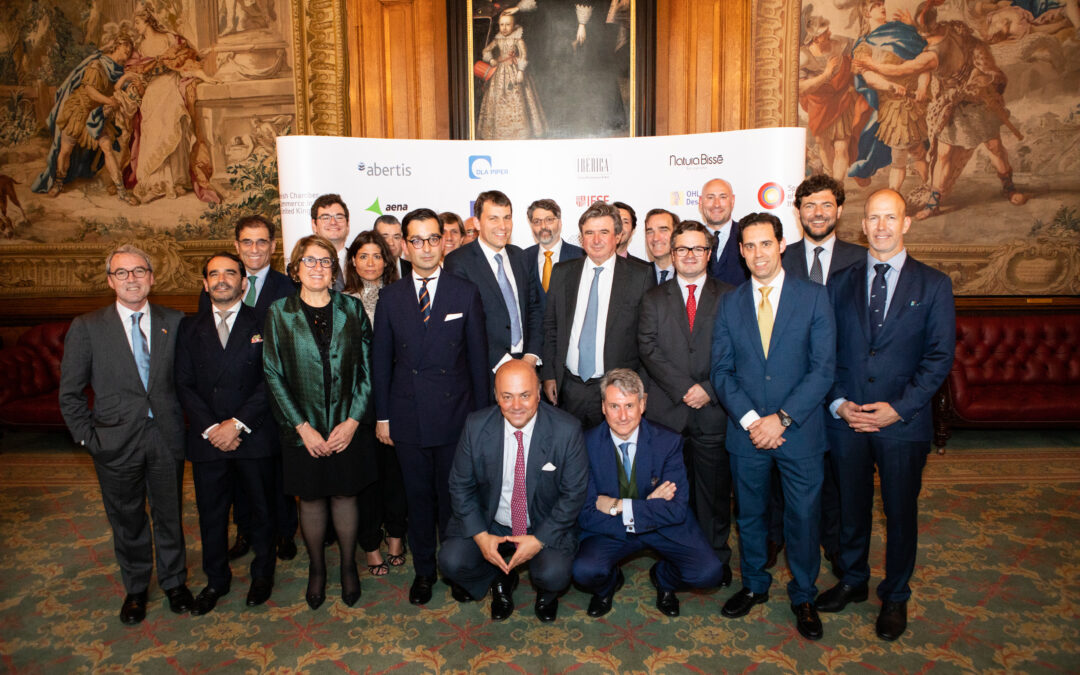 On Tuesday 25th June the Spanish Chamber of Commerce hosted its 132nd Annual General Meeting (AGM) and dinner, one of the most important events of our annual calendar. This year the event took place at the stunning Draper’s Hall, one of the most prominent livery halls situated in the heart of the City of London; the capital’s primary financial district.

On this occasion we were honoured to welcome Mr. John Glen MP as our Guest of Honour. Mr. Glen is Member of Parliament for the Salisbury constituency and also Economic Secretary to the Treasury and City Minister, for which he has responsibility for banking and financial services policy.

As it is the case each year the event began with the Annual General Meeting itself, which is held exclusively for members of the Chamber. This year the meeting took place at Chamber member White & Case’s London office, a stone’s throw from the venue where the meeting’s proceedings would soon take place.

During the meeting the Executive Committee of the Chamber presented the financial statements of 2018, along with a memorandum of the activities and events which the Chamber had organised over the course of the year gone by. The meeting was presided by H.E. the Ambassador of Spain, Mr. Carlos Bastarreche Sagües, the President of the Chamber, Mr. Eduardo Barrachina and the Secretary General of the Chamber, Mr. Igor Urra. 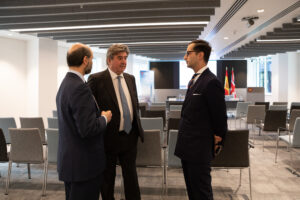 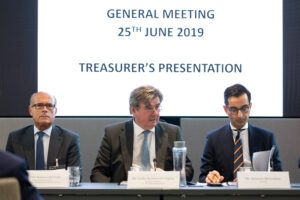 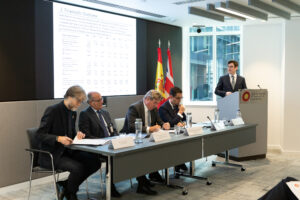 Following directly on from the meeting a cocktail reception was held in the Court Room of Draper’s Hall, in which members who had participated in the Annual General Meeting were joined by the rest of the guests as they arrived. Just across from here in the beautiful Drawing Room, the Spanish Ambassador and other esteemed guests in attendance including various Lords and members of the British government, as well as Patrons of the Chamber, were invited to participate in a more exclusive drinks reception during which they had the opportunity to meet with the Guest of Honour himself. During the reception as a whole, guests were able to enjoy Spanish beverages including Catalan cava Anna de Codorníu Blanc de Blancs Reserva, kindly provided by Raventós Codorníu (Patron of the Chamber), wo also provided us with Viña Pomal Reserva red wine which was served accompanying the main course of the dinner. Excellens Verdejo white and Excellens Rosé wines were served too courtesy of fellow Patrons Marqués de Cáceres, as well as 1906 Reserva Especial beer from our member Estrella Galicia. Guests were also able to indulge in freshly cut Ibérico ham provided by our Patron Ibérica Restaurants, as well as a selection of delicious Spanish cheeses and accompaniments from our member Hispania. 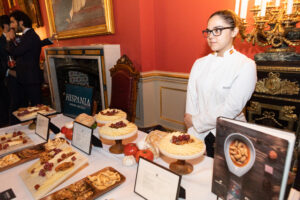 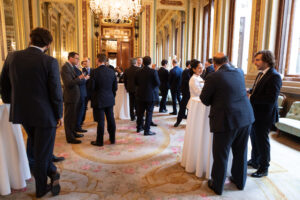 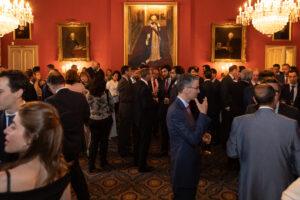 Following the drinks reception and once almost everyone had arrived, including the Guest of Honour, all guests were ushered into the Livery Hall itself. Once everyone had taken their seats, a loyal toast was held to the King and Queen of both Spain and the United Kingdom, before the official anthems of both countries were played. It was then time for the speeches, of which the Chamber’s President was the first to be announced by the Toastmaster. Mr. Eduardo Barrachina talked about the activities carried out by the Chamber over the course of 2018 as well as touching on the current political situation. He highlighted the importance of a Brexit deal being reached which would allow for a crucially important readjustment period for British companies; stating that: “Britain must rise to the challenge and ensure that it’s departure from the EU does not disrupt business”.

The Ambassador of Spain then expressed in his speech his sincere gratitude to the institution, in which he also highlighted the common history of both countries: “Despite all the complex challenges we are facing, both British and Spanish societies are amongst the most developed, modern and vibrant democracies of our planet”.

Finally, our Guest of Honour, Mr. John Glen MP, started his speech with a brief introduction in Spanish, which led to a great round of applause from the audience, followed by a highly engaging speech. He also affirmed that “Spain is the largest European investor in UK financial services and I have no doubt that we will continue to build on 500 years of shared commerce between our two great nations.” 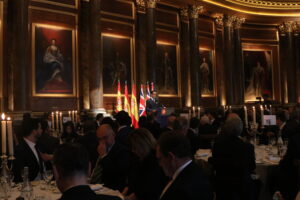 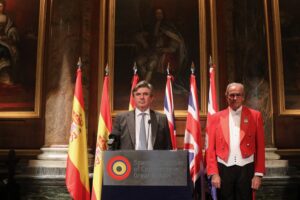 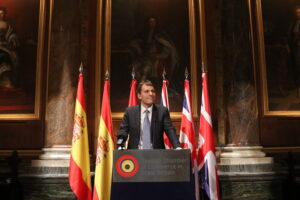 Once the speeches had concluded, guests enjoyed a delicious three course dinner of smoked salmon followed by beef Wellington, a British classic, before ending with a citrus chiboust. The various courses even incorporated various Spanish gourmet ingredients such as capers from Almería, pimentón of La Vera, lentils from La Armuña. Members and their guests were able to meet and become well acquainted with each other, establishing new contacts and exchanging their impressions of the evening.

We would very much like to thank our members and their guests for joining us on the occasion of our 132nd Annual General Meeting and for sharing with us such a special evening for our institution. We are truly grateful to all of our members who contributed with high-quality Spanish products: Raventós Codorníu, Marqués de Cáceres, Estrella Galicia, Ibérica Restaurants and Hispania. 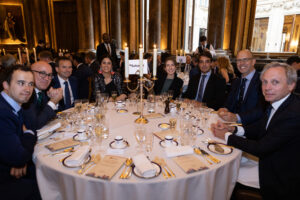 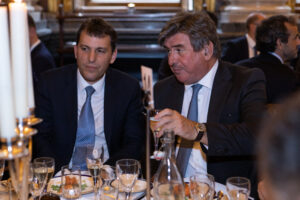 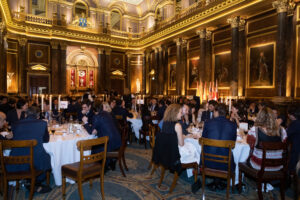 Please click here to access the complete gallery of pictures of the 132nd Annual General Meeting. For a short video on how the evening went, please click on the following link.

For further information about the Chamber’s events in 2019, do not hesitate to visit our NEWS section at www.spanishchamber.co.uk, or subscribe to our newsletter to receive fortnightly updates delivered straight to your inbox. 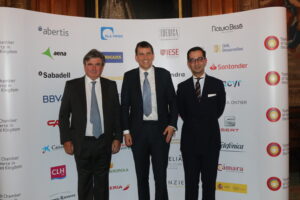 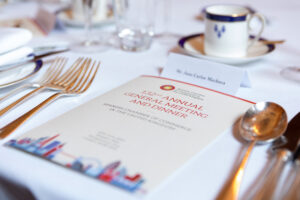