I BAROMETER ON THE CLIMATE AND OUTLOOK FOR SPANISH INVESTMENT IN THE UK. 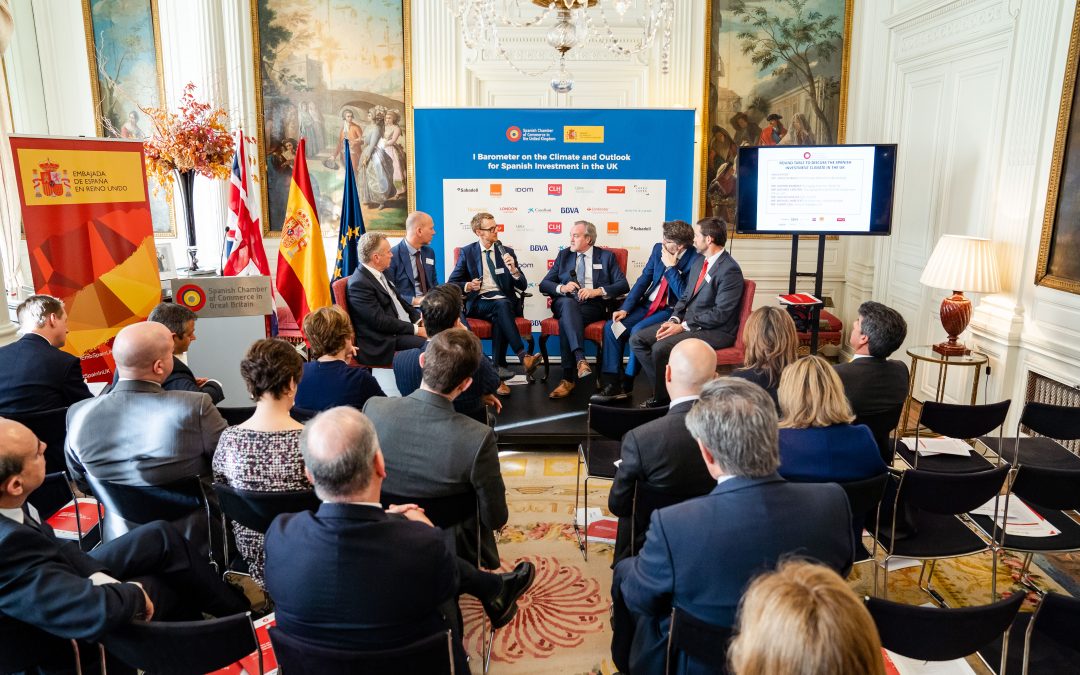 On the morning of the 26th of February the Spanish Chamber of Commerce in the United Kingdom presented the I Barometer on the Climate and Outlook for Spanish Investment in the UK.

The event held at the Embassy of Spain in London welcomed the Spanish Minister for Trade, Ms. Xiana Méndez and the British Minister for Investment Rt. Hon. Graham Stuart MP. The President of the Spanish Chamber of Commerce in the UK, Mr. Eduardo Barrachina and The Ambassador of Spain, H.E. Mr. Carlos Bastarreche were also in attendance as well as other high-level panellists that analysed and discussed the topic of Spanish investment in the UK. 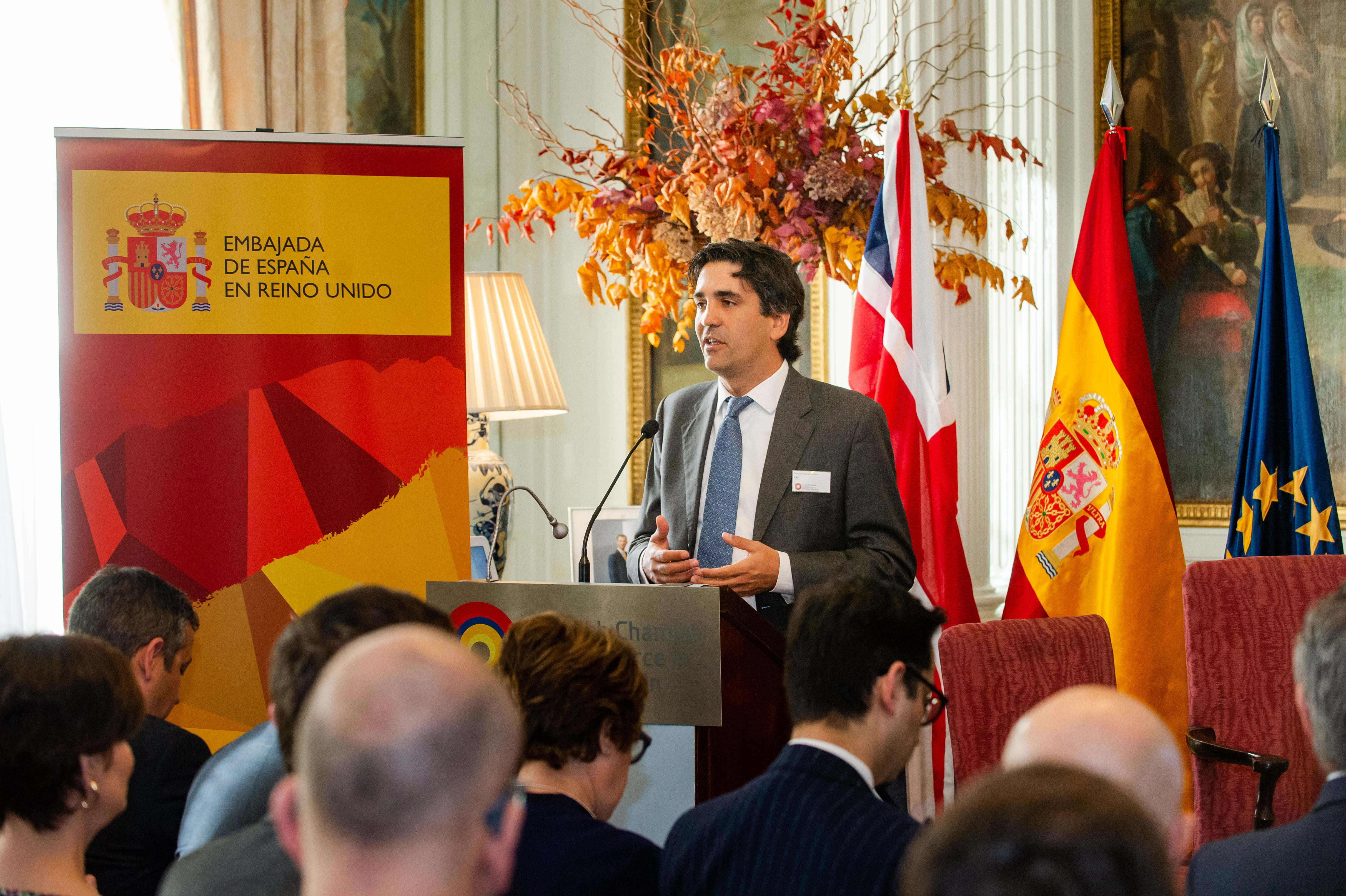 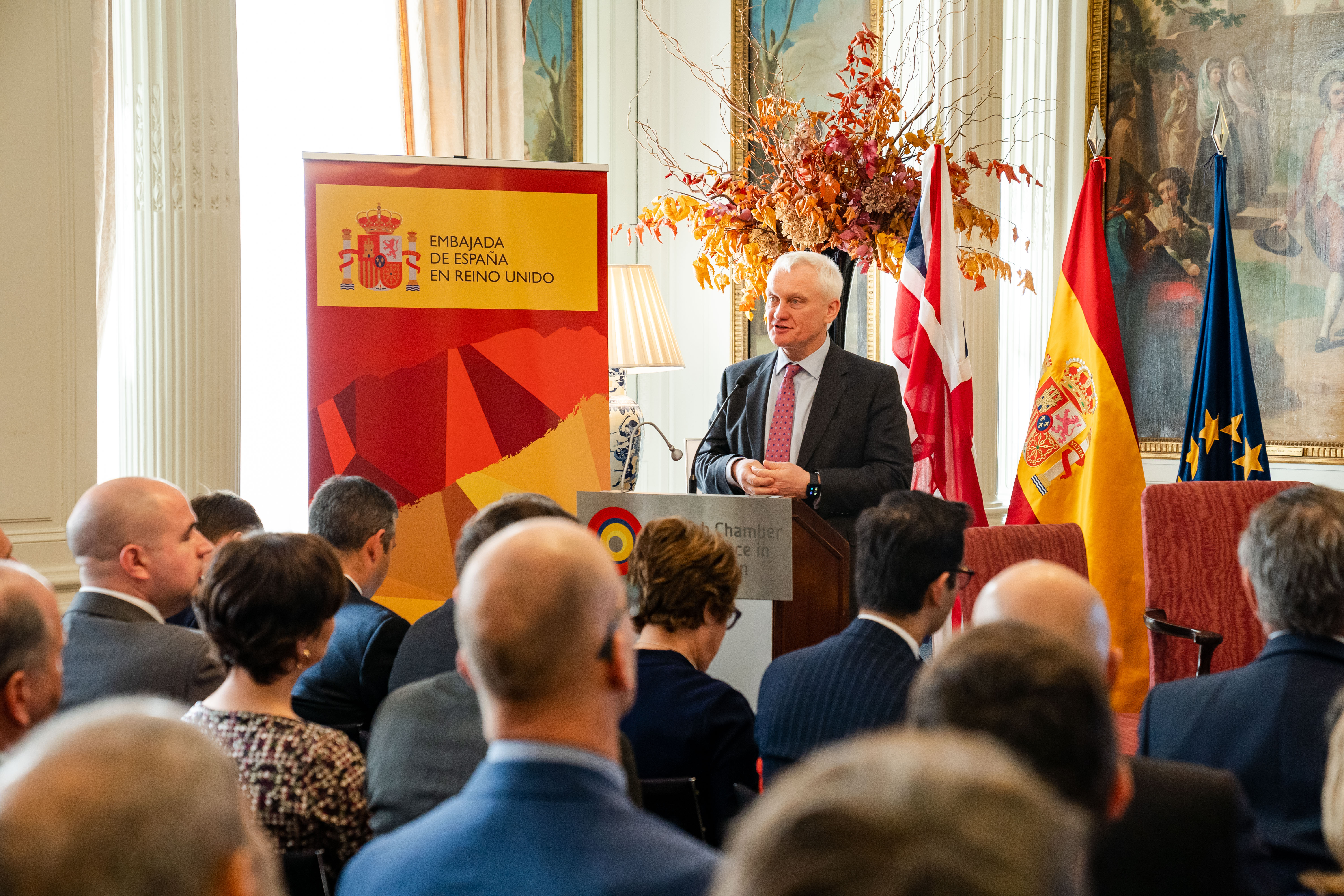 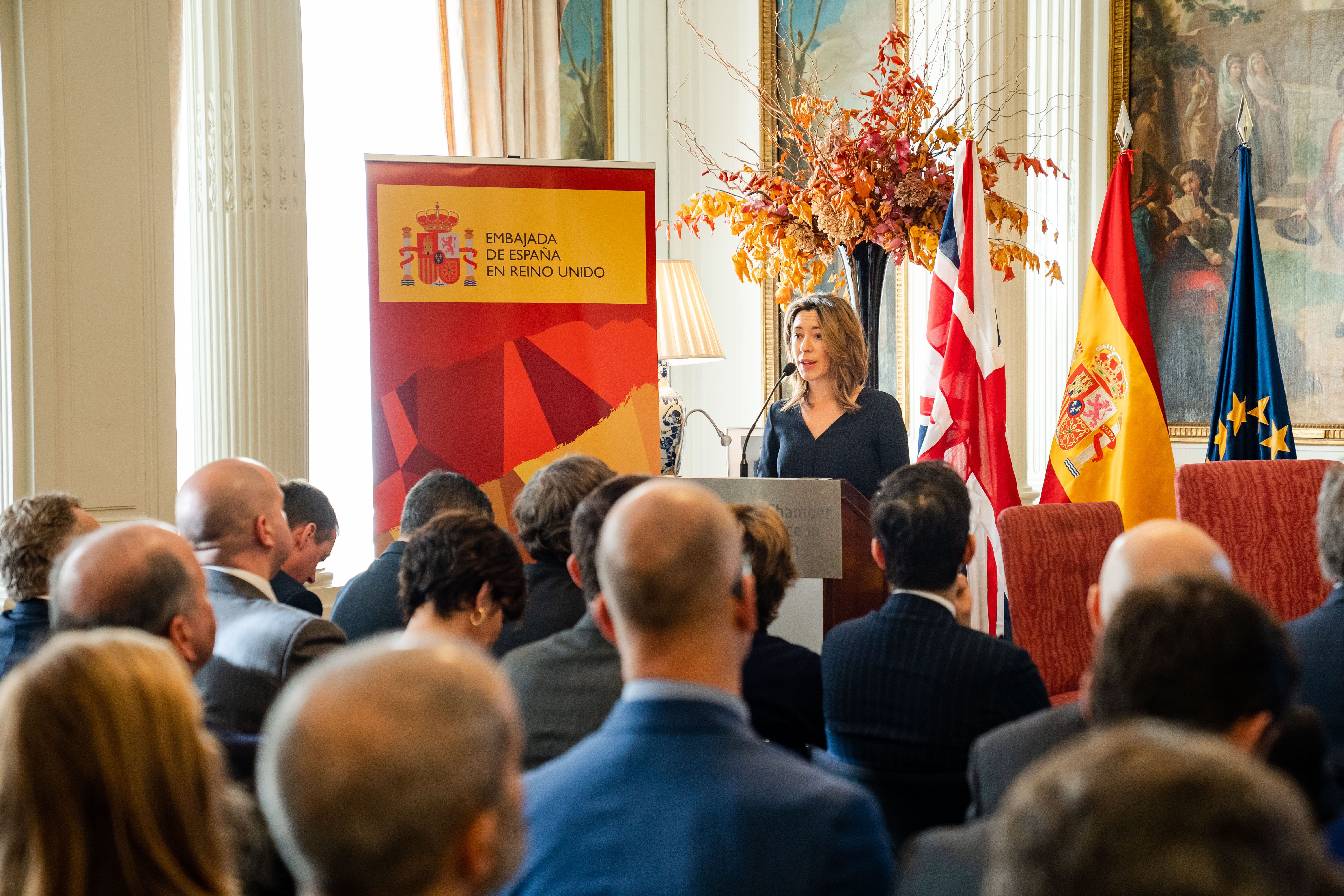 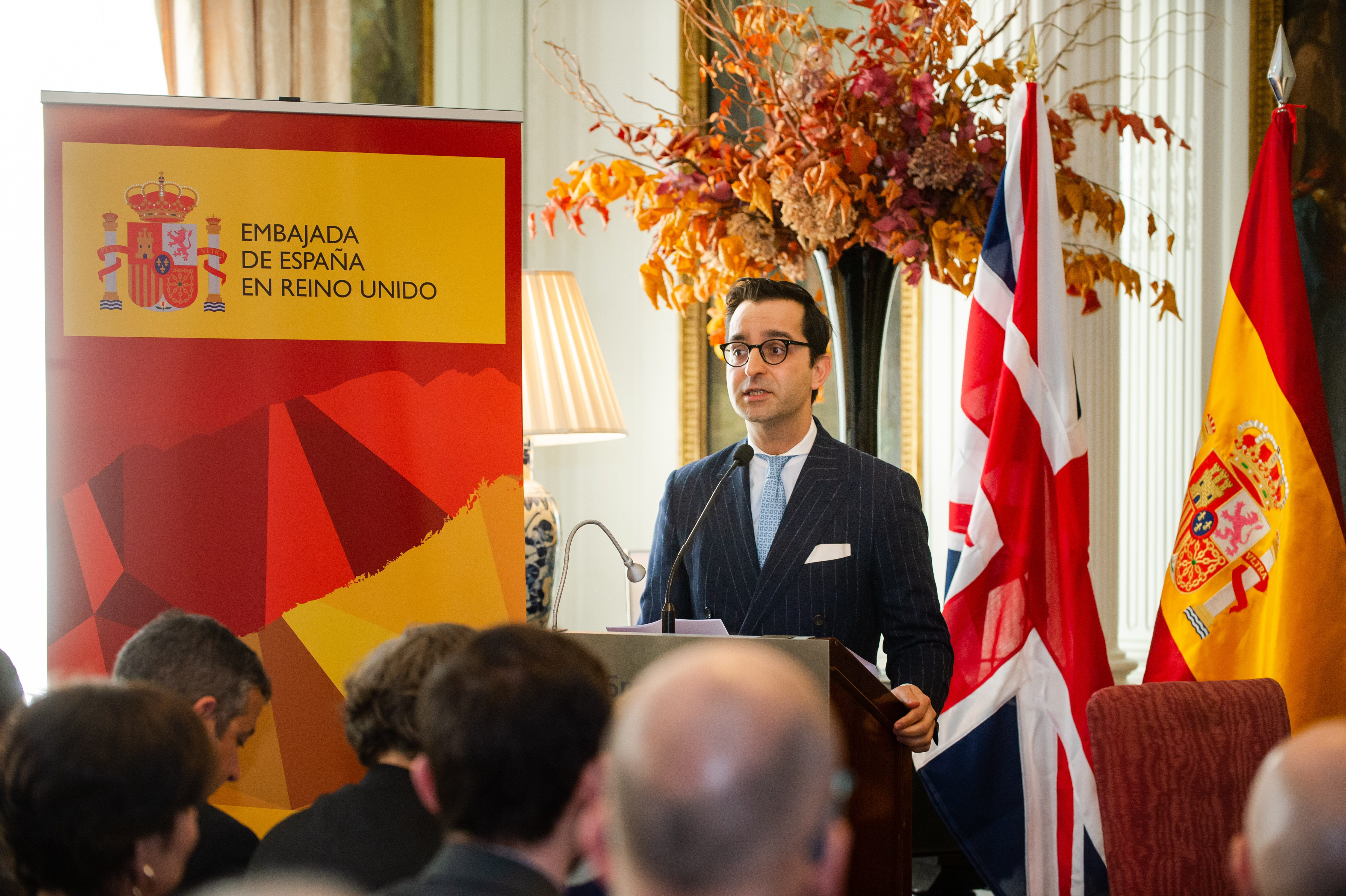 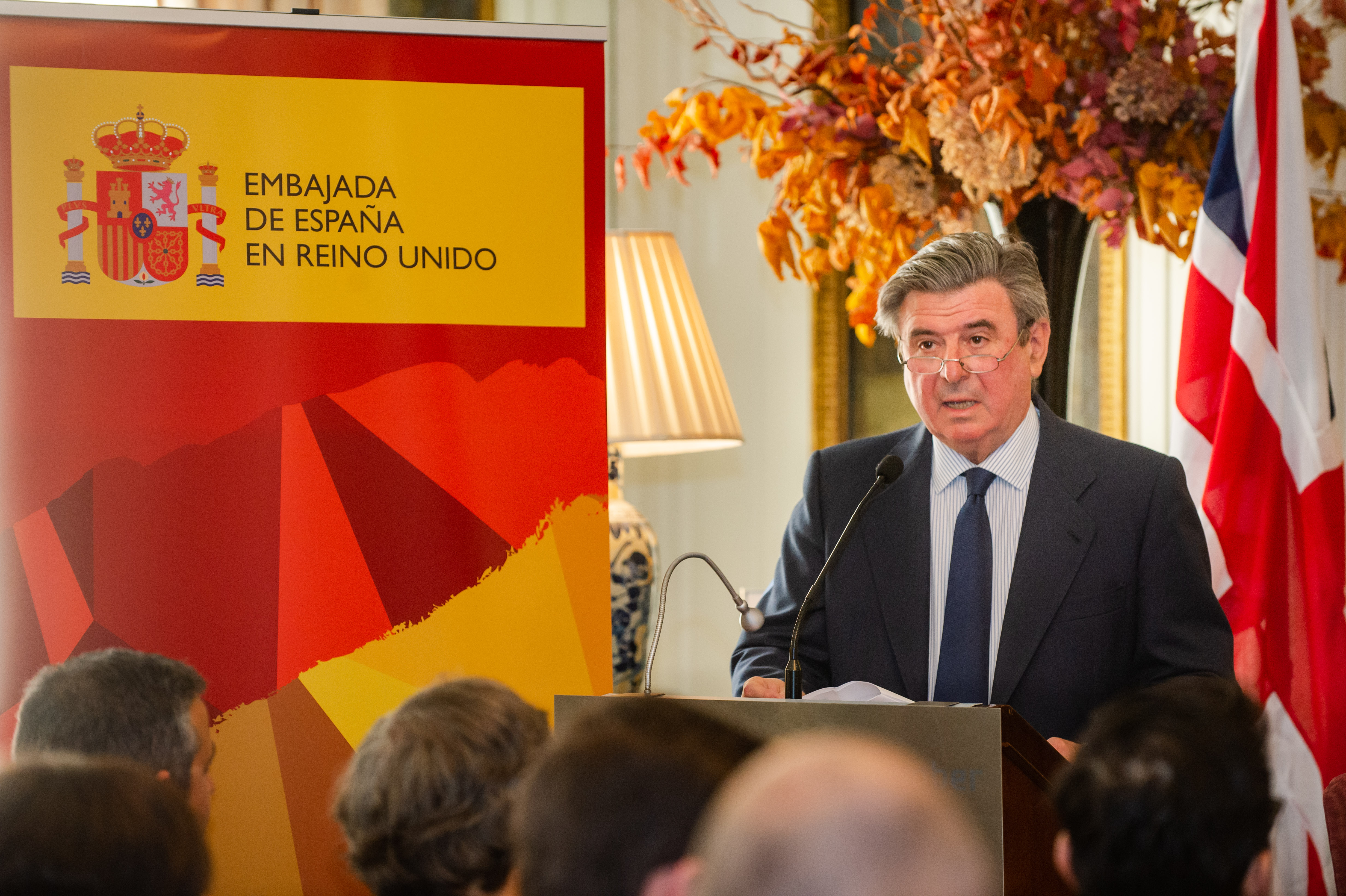 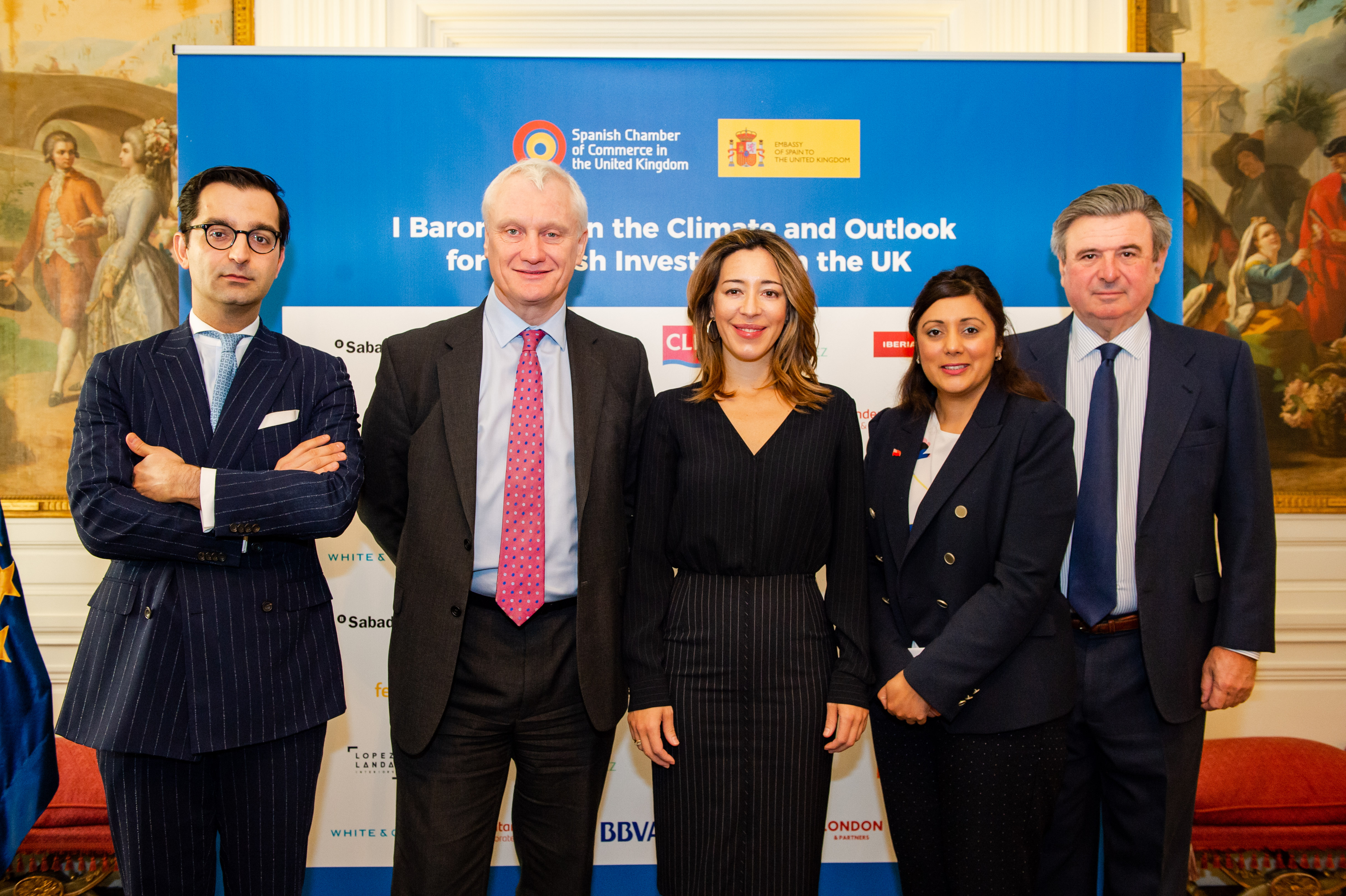 The results in the published report depict that despite the substantial uncertainty surrounding Brexit, interest from Spanish investors in the UK market has not declined significantly since the 2016 referendum.

“Total Spanish foreign direct investment in the UK totalled at more than 77 bn € by 2016 and one in every 250 British job is with a Spanish employer”, stated the Rt. Hon. Graham Stuart MP.

The Minister for Trade, Xiana Méndez also highlighted that “the UK has become the third most important destination for Spanish exports of goods and services”.

Moreover, Chamber President, Eduardo Barrachina affirmed that “we remain committed not only to the enhancement of the bilateral trade and investment relationship between our two countries but also to providing spaces for discussion and the creation of new business opportunities”. 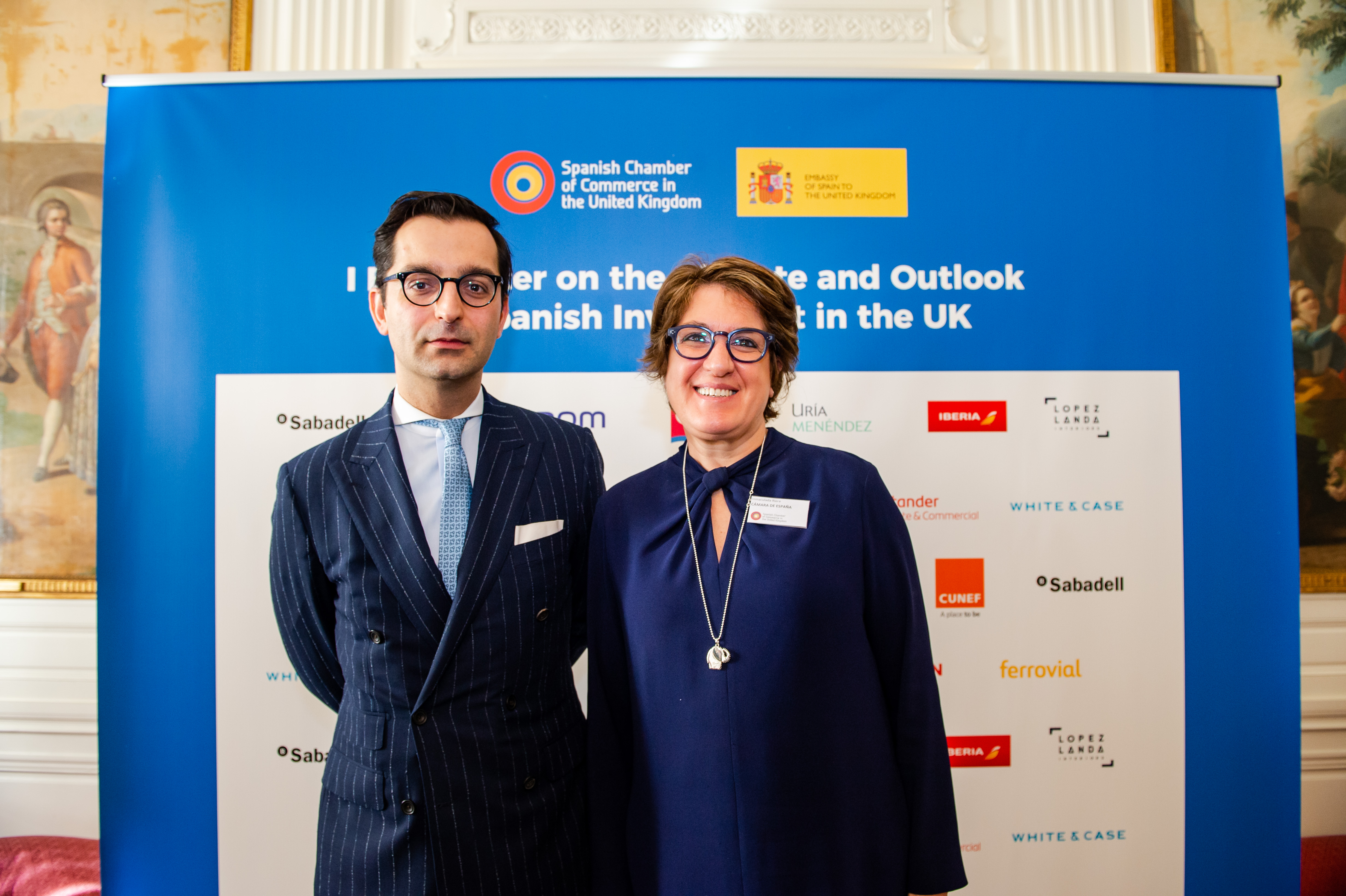 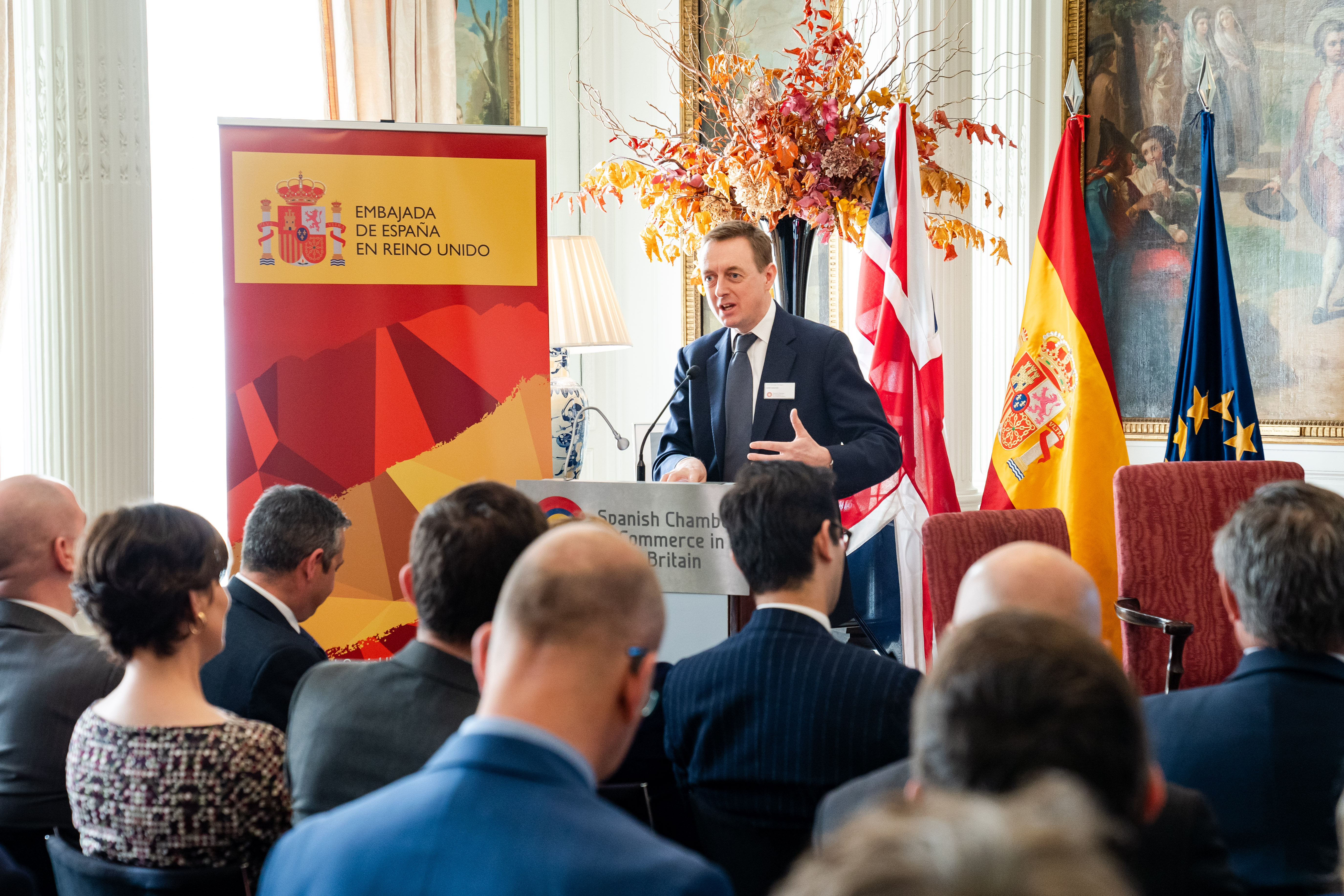 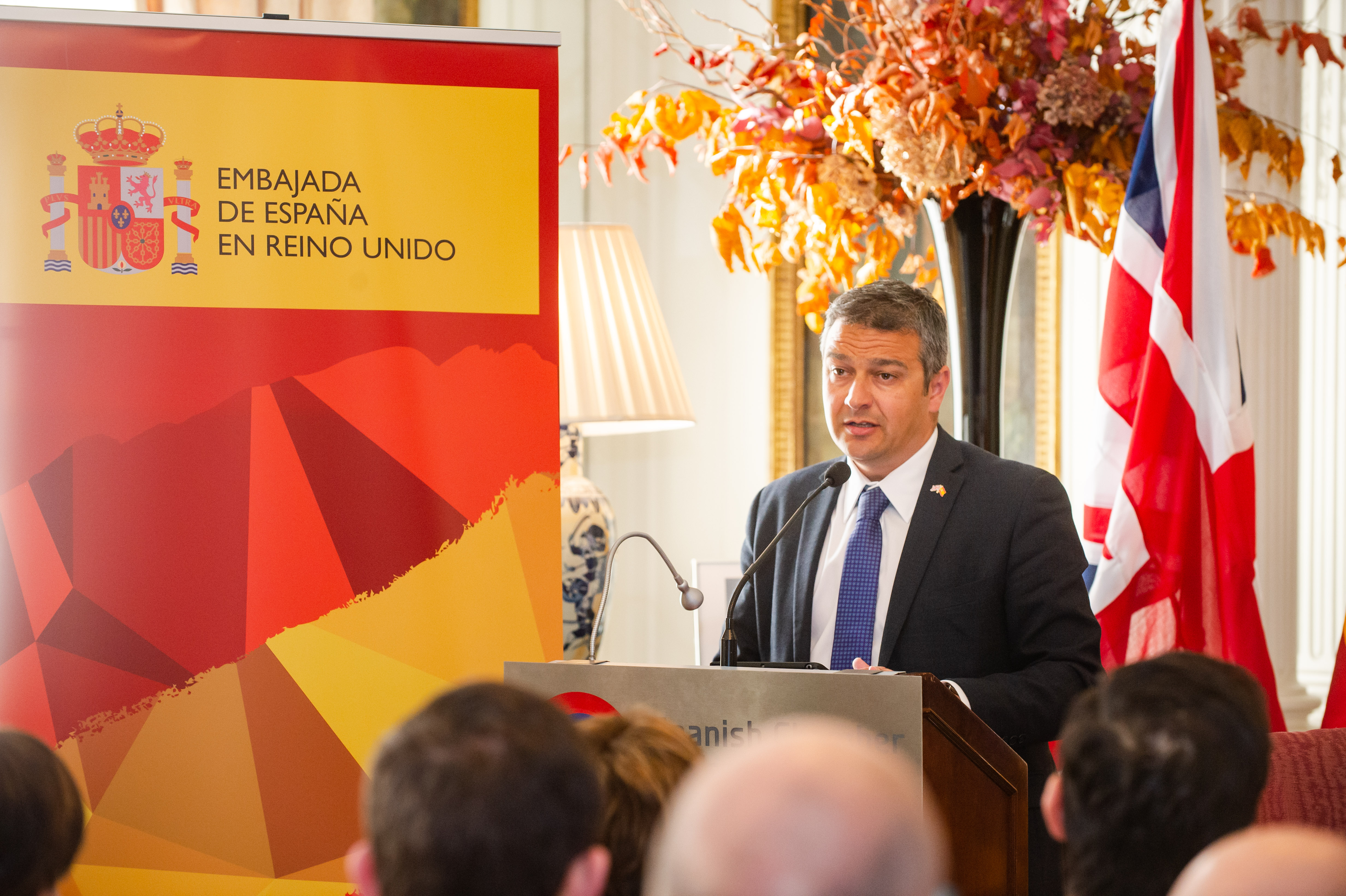 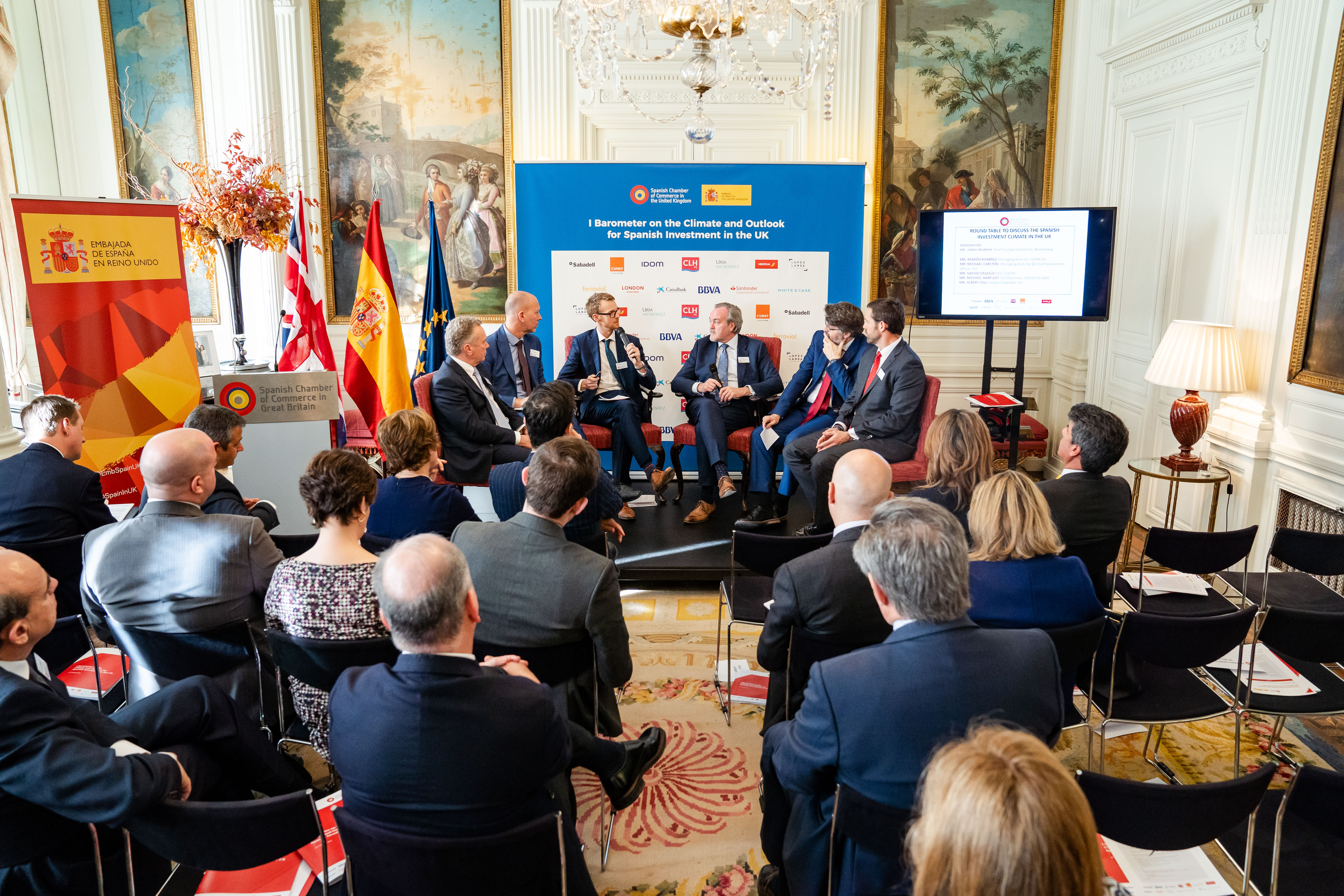 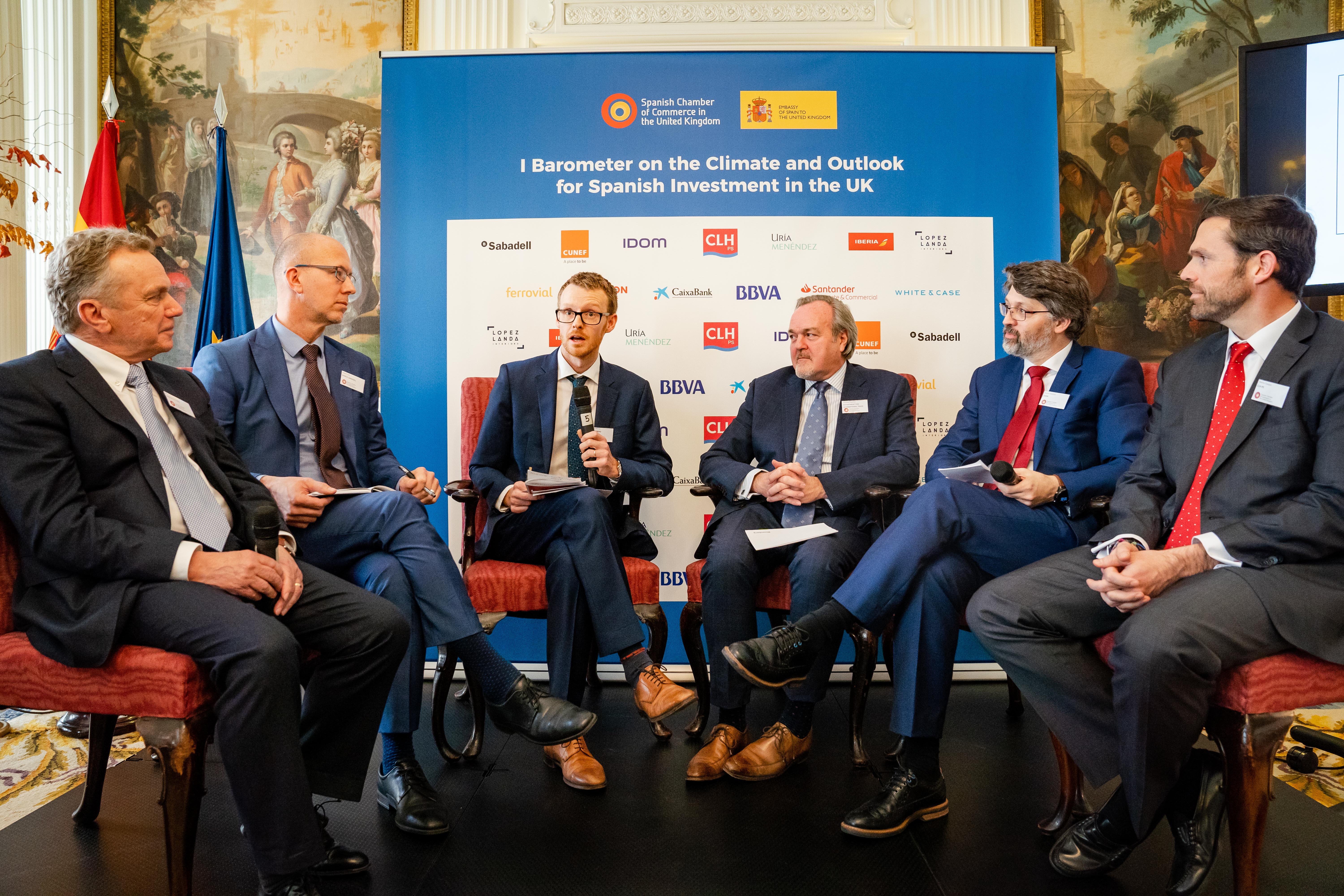 Regarding the current financial climate in the age of Brexit, the report’s findings show that free trade in goods and services is considered by Spanish companies to be of the utmost importance in the Brexit negotiations, with a view of mitigating the impact on economic relations between Spain and the UK. In line with this, our President had also stated that “trade has flourished between Spain and Britain for centuries. Our two countries, with a transatlantic spirit and large navies, were pioneers in developing modern trade”.

If you would like to know more about this project we encourage you to read the full Barometer report here or watch the video recap of the event.

We would like to extend our sincere thanks to the companies that sponsored this initiative for their invaluable contribution: BBVA, CaixaBank, CLH, Cunef, Ferrovial, Iberia, Idom, London & Partners, López Landa Interiors, Banco Sabadell, Banco Santander, Uría Menéndez, White & Case.