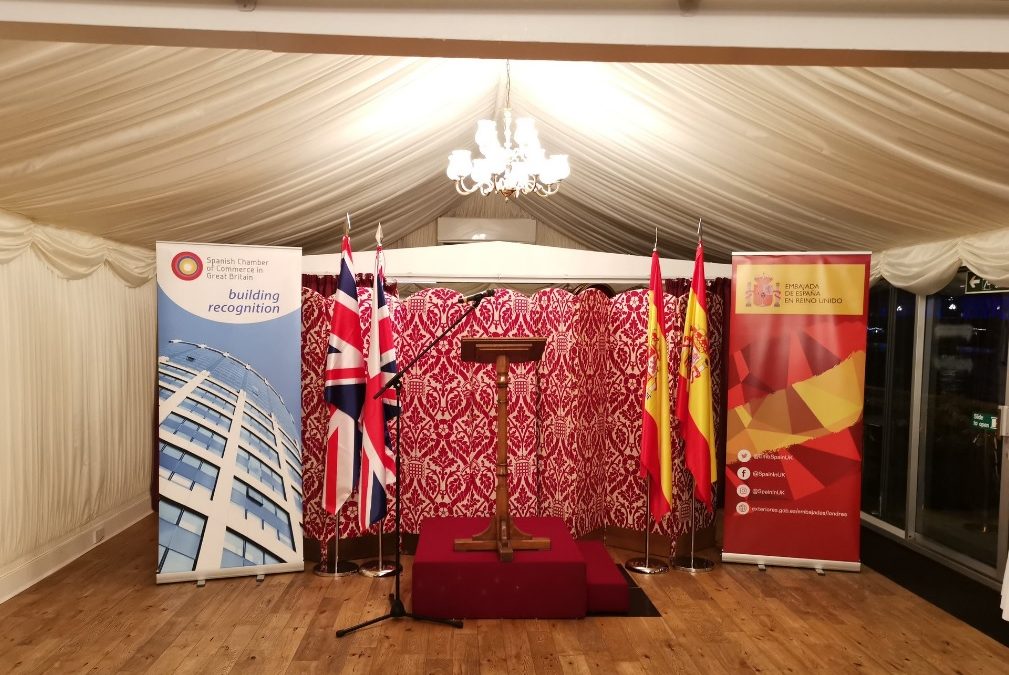 On Wednesday 30th January the Spanish Chamber of Commerce held its annual New Year’s Drinks Reception, the first corporate event of 2019. This year the event was held at the House of Lords, one of the two Houses of the UK Parliament, located in the outstanding Palace of Westminster; on the north bank of river Thames.

On this occasion the event welcomed the Deputy Lord Speaker as its esteemed Guest of Honour, who was standing in for the Lord Speaker. The president of the Spanish Chamber of Commerce in the UK, Mr. Eduardo Barrachina and the Minister of State for Global Spain, Ms. Irene Lozano, also gave speeches alongside the Lord Speaker. The Ambassador of Spain, H.E. Mr. Carlos Bastarreche was also in attendance. 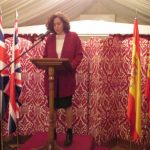 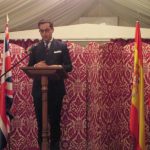 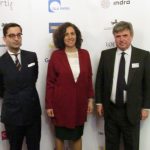 The event began with guests being welcomed with a glass of wine or cava upon arrival at the Cholmondeley Room and Terrace of the Palace. Everyone was then able to meet and network with each other over a delicious selection of freshly cut ibérico ham and Spanish cheeses.

After the first drinks it was time for the speeches. After beginning by thanking the Lord Speaker, the Chamber’s President continued with a tribute to the 40th anniversary of the Spanish Constitution; referring to it as “the key factor for the economic and social progress made by Spanish society over the course of recent decades”.  The president emphasised the importance of the political, social and economics relationships between the UK and Spain as well as highlighting the crucial role of institutions such as the Spanish Chamber of Commerce. “Under these ceilings, steeped in history, we the Spanish Chamber of Commerce reassure you of our commitment to Britain, to British society and to enhanced bilateral trading relations between the Kingdom of Spain and the United Kingdom”.

Next, the Minister of State for Global Spain, Ms. Irene Lozano, began her impressive speech by stating that “the United Kingdom’s hospitality has always attracted the best of Spanish innovation to establish its base here, from high-speed railways to telecommunications, finance, construction and renewable energy”. The minister highlighted the relevance of the Spanish community living in the UK “of which my government is extremely proud”. Regarding the current political situation that the UK is experiencing, Ms. Lozano commented that she firmly believes “that Spain and the UK must continue to work hand by hand in the international fora, in Europe and elsewhere”.

Following the speeches, our guests continued to network with each other and establish new connections.

We would like to sincerely thank our Patrons  Raventós Codorníu and Ibérica for providing the generous and curated selection of cava and ibérico ham and to our members Hispania  and Hacienda Villarta for their contribution of the variety of cheeses and red and white wines which were served during the reception.

We encourage you to browse the Upcoming Events section of our website in order to keep up to date with upcoming Spanish Chamber corporate events, seminars and other activities.