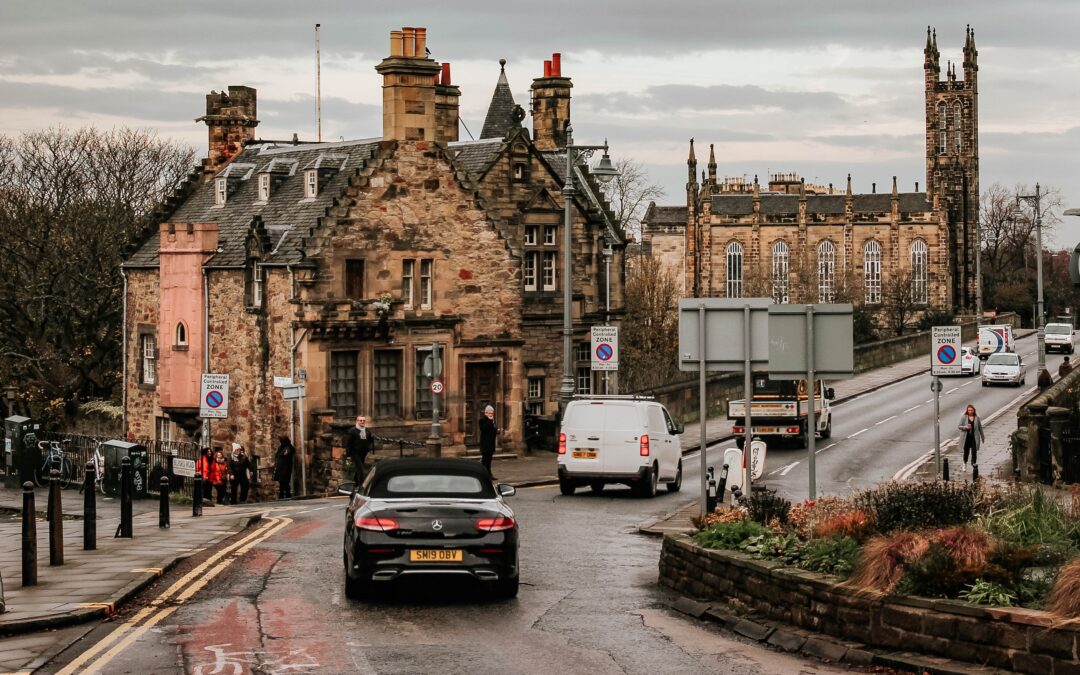 Tourism is a key sector in all developed societies and an instrument for intercultural exchange and mutual understanding. It contributes to the creation of plentiful and quality job opportunities, even in remote unpopulated areas where these are otherwise harder to find. Linked to the concept of ‘sustainability’ and its increasingly clear importance, this industry can be viewed as an invaluable tool for heritage preservation, environmental awareness and social commitment.

In light of this, the Spanish Chamber of Commerce in the UK and the Consulate General of Spain in Edinburgh are together hosting a virtual dialogue, the next of its “Connecting to Spain” online event series. Our guest speakers will be Óscar López, the President of Paradores de Turismo Hotels & Restaurants and Stephen Leckie, Chief Executive of Crieff Hydro and Chairman of the Scottish Tourism Alliance; which comprises more than 70% of all tourism companies in Scotland.

Join us for an enlightening conversation about the beneficial and comprehensive impact of sustainable tourism in today’s societies, the current challenges facing the industry as a result of the coronavirus pandemic and ideas for companies within the industry to rethink and reform their strategies for a more sustainable future, as well as some key success stories.

Oscar is the President and CEO of Paradores de Turismo de España, a chain of Spanish luxury hotels which are often located in adapted castles, palaces and other historic buildings; adding to the attractions of heritage tourism and providing uses for such locations. Prior to this post he held an impressive political career, having been elected deputy by the PSOE in 2004 and participating in Congress until 2011, while having also served as a spokesman for the RTVE Control Commission.  In 2008 he was then elected Secretary General of the PSOE of Castilla y León, while in 2011 he was a candidate for the presidency of the Junta de Castilla y León and elected spokesman for the socialist group in the Cortes de Castilla y León; a position he held until 2015. He also held the position of Secretary of Organization of the PSOE, before being Senator on behalf of the Cortes of Castilla y León, a position in which he remained from 2015 until 2018. During this time he was a spokesman for the Foreign Affairs Commission and a spokesperson for the Socialist parliamentary group.

Stephen Leckie is Chairman and Chief Executive of Crieff Hydro, the oldest trading registered company in Scotland. He is also Chairman of the Scottish Tourism Alliance (STA), the voice of Tourism in Scotland which is the largest member organisation for tourism businesses in Scotland and the leading representative body for its tourism industry.As well as being an active member of the UK Hospitality Association and former Chairman of the Scotland Committee, he also chairs the Tourism Leadership Group (TLG) which is responsible for overseeing the delivery of the national tourism strategy Tourism Scotland 2020 (TS2020). During his career he has received a variety of notable rewards, such as the VisitScotland Scottish Thistle Award for his outstanding contribution to this industry in 2013 and the Herald Scottish Family Business Award for Outstanding Contribution and the Scottish Chambers of Commerce / Scottish Business Honours – Entrepreneur of the Year in 2014.